Mandira's Kitchen - bringing a touch of spice to the Surrey Hills 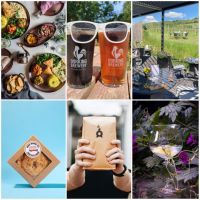