Forgotten mutton is worth remembering

Once the food of kings, mutton dipped into the doldrums 50 years ago and has never quite recovered. In an interview with Bob Kennard, author of new book 'Much Ado About Mutton', Tracy Carroll finds out why senior sheep are worth the wait.

Author of the popular blog Fab Four 4 All, Camilla Hawkins, has developed an amazing quick cook mutton kofta curry recipe. Give it a try and tell us what you think ... visit page

Wine, dine and travel with Mandira’s Kitchen at home - review 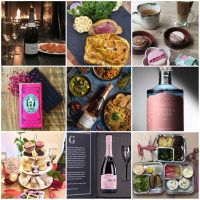