Local Food Britain member Garsons of Titchfield is celebrating its national accolade from the Garden Centre Association for its show stopping Christmas display. A true collaboration between the all members of Garsons team, this year's exhibit showcases the best that Garsons has on offer this Christmas. 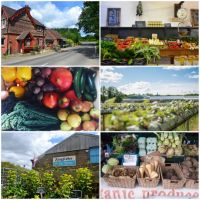